From being a natural anti-allergen to helpful in reducing migraine headache pain, detoxing, skin healer and weight loss helper, Cayenne Pepper is packed with benefits. Take a look!
This post may contain affiliate links. Please read my full disclosure policy for details. 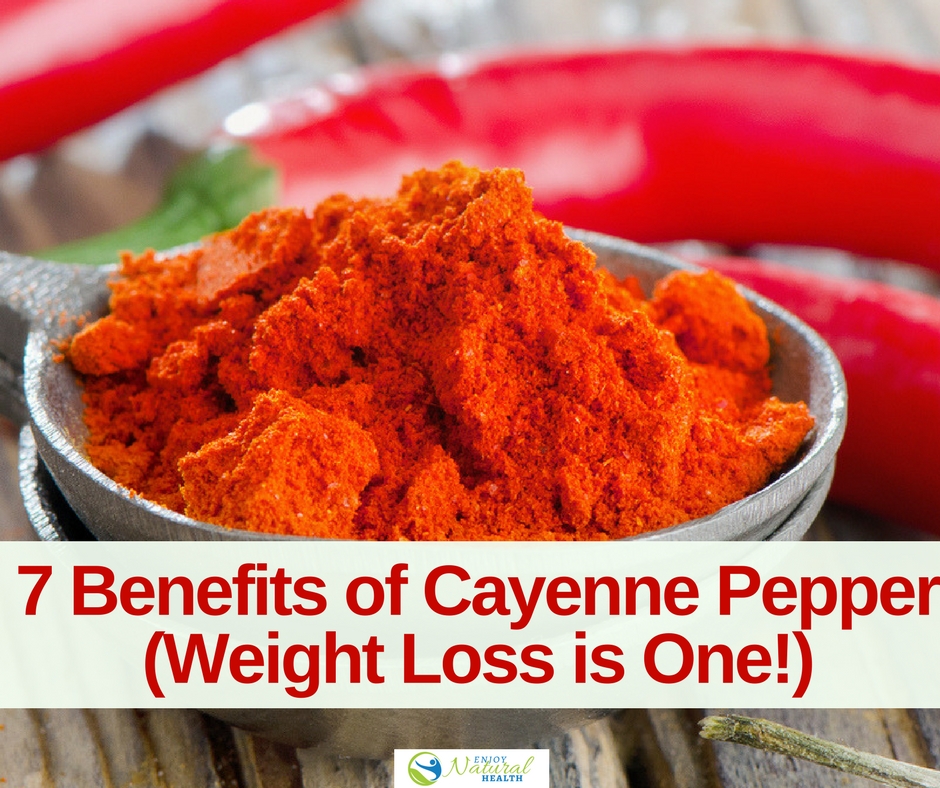 Cayenne pepper is a popular culinary ingredient, most commonly used to spice up Korean and Asian food. It’s favored for its warmth and rich color, which lends a vibrant character to spicy dishes.

However, this relative of the jalapeno and paprika also has significant health benefits, making it one of the most sought-after natural remedies for a wide range of ailments. Harnessing the power of this outstanding spice will maximize your ability to ward off infection, heal common ailments and support your body’s natural immune and anti-inflammatory properties when managing common illnesses.

Cayenne pepper was mentioned as early as 1653, in Culpeper’s famous Complete Herbal Guide. With this length of service, it’s no wonder the supplement has gained a steady popularity for treating aches and pains naturally. Below is a lowdown on the top 7 reasons you should have this awesome spice as a staple of your store cupboard.

Cayenne pepper benefits include the ability to quieten and soothe irritation in the body by cleansing and reducing inflammation. It is effective for easing an upset stomach, calming the irritation caused by internal ulcers, and relieving issues caused by stomach spasms such as diarrhea or Irritable Bowel Syndrome.

Because of this soothing effect, it’s also useful for easing sore throats, and can be mixed with warm water and gargled, or taken internally as a supplement.

Without putting it too bluntly, Cayenne has the ability to break down mucus in the body. This means that when the first signs of cold or flu symptoms appear, supplementing with pepper can support your immune system by moving and clearing congestion.

When mucus is able to leave the body, we tend to feel immediate relief from symptoms of the common cold. As a result, it may be worth shelving the pharmaceutical medications and switching to this natural flu-blaster to accelerate the healing process.

Cayenne pepper is shown to be effective as both a preventative measure and a pain reliever for migraine headaches. Its ability to assist with migraine discomfort is thought to be down to the fact that when we ingest it, Cayenne stimulates a physical pain response in the body.

This is down to the natural warmth rating of the pepper, which makes us digest it in a different way to blander substances. When the body is occupied with digesting Cayenne, it diverts our pain response signals to the process, which can effectively diminish the effects of a migraine.

This leads to a diminished pain receptor level, so the subsequent effects of migraine aren’t as severe.

Cayenne isn’t just great when it is ingested, it can also relieve a variety of external complaints when it’s applied topically. Traditionally, the ingredient has been used to alleviate the venom and inflammation from snake bites, to cleanse skin irritation such as acne or psoriasis, and even provide a warming and soothing effect for rheumatism sufferers.

Scientists conducted a study on the effects of Cayenne pepper ingestion to boost the body’s own metabolic rate and promote more rapid and sustained weight loss. Laval University researchers in Quebec tried Cayenne ingestion by getting subjects to take it early in the morning, before their first meal of the day.

The research consistently revealed that people who took it as a supplement felt a reduced appetite throughout the day, leading to the consumption of fewer calories. The spice powerhouse is thought to enhance metabolism by speeding up the process of digestion, leading to an increased rate of fat-burning and weight loss.

In addition, by acting as a natural appetite suppressor, it helps slimmers stick to low-calorie diets by maintaining a feeling of fullness and deterring them from making poor food choices.

Taking Cayenne regularly supports the body in a number of ways, but the spice’s most sought-after attribute is probably its detoxification abilities. The ground pepper has a natural ability to boost circulation around the body, while simultaneously promoting effective lymphatic drainage and digestive circulation.

Adding a teaspoonful of Cayenne pepper into your smoothie, herbal tea or breakfast juice each day will encourage your body to eliminate toxins safely, by assisting with natural abilities to self-cleanse and remove harmful chemicals and substances.

Cayenne also encourages the body to eliminate toxins through perspiration, as the natural warmth of the spice sends a signal to the pores that the body needs to reduce internal heat. As a result, it’s probably the most effective and powerful natural detox remedy available today.

In today’s environment packed with pollutants, combating allergens is a key aspect of maintaining wellbeing. As more and more people suffer from the effects of urban pollution, chemicals introduced into cleaning products, or food allergies, it’s unsurprising that any substance which can naturally reduce histamine response is welcome.

Cayenne pepper is a powerful anti-allergen, encouraging the body to react to potential irritants calmly, and remove them in natural ways.

Rather than over stimulating histamine production when we encounter allergens, Cayenne helps the body have a measured response to common triggers including gluten, dairy, pollen, and pets.

It calms internal irritation and soothes the system, helping to manage allergic responses effectively without them being detrimental to our day to day wellbeing.

With all of the benefits that Cayenne pepper can provide, it’s a clear favorite when it comes to sourcing natural and effective remedies for day to day ailments. Cayenne pepper can be added to recipes to bring warmth and flavor, taken as a supplement available in most health food outlets, or used as a vital ingredient in herbal teas.

By making Cayenne pepper a staple in your natural ingredients list, you’ll be able to tap into the awesome powers of this age-old spice and maintain health and well-being without resorting to pharmaceutical remedies to combat ill-health.

Also read: Is Coconut Oil Good For Your Face? 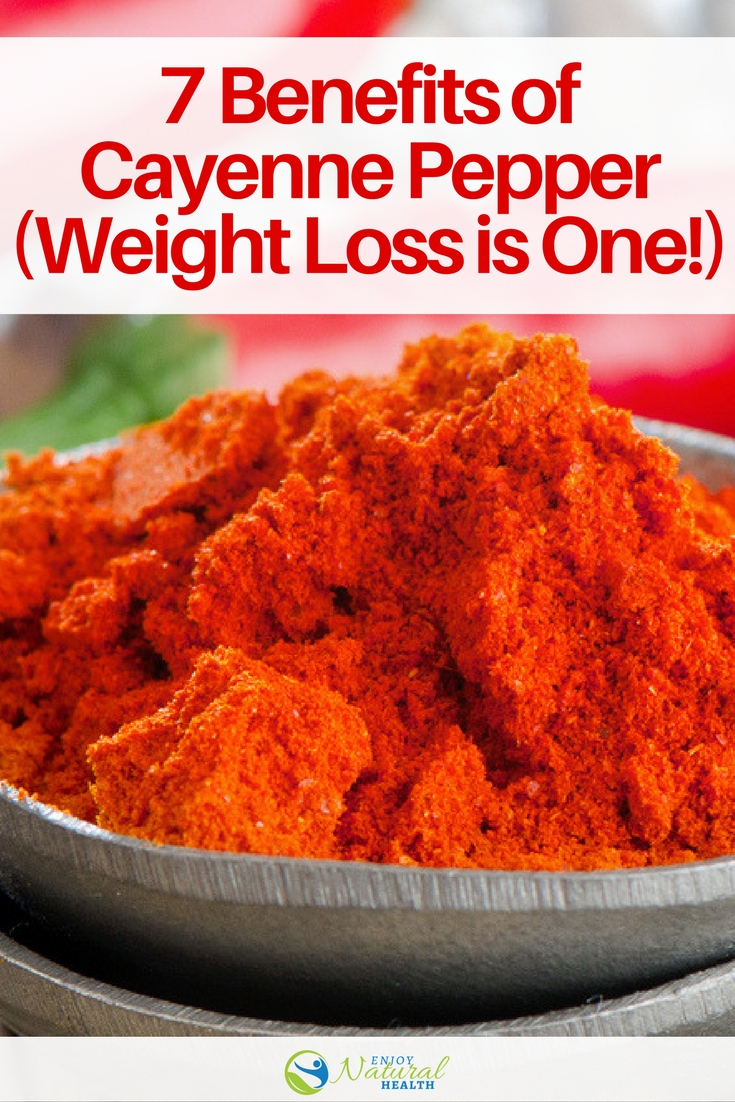